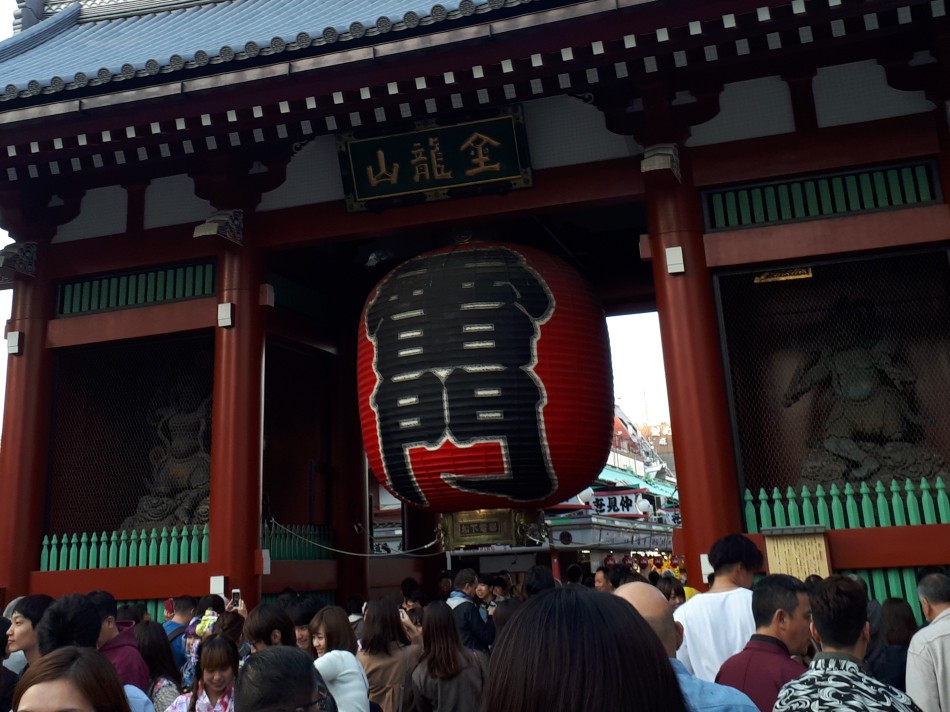 “The machine ate my ticket,” I tried to explain, nudging a Google maps screenshot toward the bespectacled information desk agent, “Which I bought to go from here to here, to take another train there. But my ticket is gone.”

How had this night ever become so complicated?

I’d only landed amongst Japan’s semi-forested patchwork fields a few hours ago to clear customs, withdraw some yen, and head for the trains. That’s when things started going downhill.

See, Japan is the first place I’ve been where the local alphabet renders me illiterate. This made securing a train ticket in the right direction, and then actually finding the first train, tricky enough. Then, when I asked a station officer where to catch the second train, he simply said “go straight.”

Unfortunately, the direction I choose to “go straight” in meant confronting a hungry machine which refused to regurgitate my only ticket.  When I approached a ticket agent about it, he whipped out approximately the largest calculator I’d ever seen and began punching buttons, consulting a map, and humming in “thinking noises” as I endeavoured to describe my dilemma.

Eventually, after a bit of prayer on my part, I received a stamped slip of paper and proceeded to another city where I—thankfully!—met my contact without further ado.

The next morning, a Sunday, I attended a church where—if I held a translation radio at juuuust the right angle—I could hear a sermon about (drumroll, please)…

The church’s responsibility toward its young people!

“Young people need to see the greatness of God in the church members’ lives,” the translator’s voice crackled through the radio static, “and we must learn from the young as well—from their faith in God.”

“Don’t let anyone look down on you because you are young, I recalled 1 Timothy 4:12 (NIV), but set an example for the believers in speech, in conduct, in love, in faith and in purity.”

If churches’ held high expectations for their students, believing that youth will set an example of faith to everyone around them—what might happen?

But the staticky voice interrupted my thoughts.

“Young people need to be loved and welcomed. They need to know that serving God is a great thing. It’s our responsibility to accept them, pray for them and teach them God’s love by practical example.”

This is the right church for me to be at today, I marveled, realizing that I would have attended church with another friend if she hadn’t been writing an exam that day. Confirming this conclusion, I soon learned that one church member, a retired professor and Japanese diplomat who’d held high government offices, would be game for an interview!

“During the modernization of Japan,” the white-haired Japanese man began, his deep voice harbouring the slightest English accent, “we imported science and technology from European countries, but did not pay attention to the spiritual dimension of these Christian nations. That was our greatest mistake. The biggest assignment for the Christian teachers in this country’s campuses is the restoration of this spiritual dimension in education.”

“So, what do people believe?” I asked.

“It’s kind of syncretism,” he replied, explaining that religions like Buddhism had been imported to Japan during its modernization. “But the native Japanese religion is Shintoism: the worship of physical, natural things. Beautiful mountains, rivers and rocks are ‘god.’ Still in Tokyo, there’s a major Shinto shrine where 8 million metropolitan citizens worship on New Year’s Day. On other days, they’re ‘non-religious.’ So, the reality is that only 0.4% of Japan’s total population are Christians, including Catholic and Orthodox brothers and sisters. But only half are churchgoers—0.2%.”

In a nation relatively free from active persecution against the church,1 why could there be so few Christians? The answer, it turns out, lies in a bit of history.

“Before Japanese encountered Caucasians,” the deep-voiced professor expounded, “the emperors were very much sensitive about invasion from the West. All the nations outside western Europe were being colonized by western European powers, with only two exceptions in the world: Thailand and Japan.”

Thailand, the professor pointed out, lay in convenient equilibrium between French powers to its east and British control to its west. But Japan, being an island, had to resist colonization through only its own tremendous efforts. Part of these efforts included forbidding Christianity and kicking out foreign missionaries, thanks to institutional Christianity’s association with Western colonialism.

“For three centuries,” he continued, “the leaders educated the people of Japan that Christianity is dangerous. This is a big factor in why the Christianization of Japanese people is still very slow.”

A few days later, several students at a Christian women’s college unfurled a few more layers of Japan’s complex spiritual history for me.

“In 1612, the government made a law prohibiting Christianity,” said one girl, where we sat clustered around the single table in a campus ministry’s own tiny room at the college. “Since then, there were lots of hidden Christians. Many people here still have those prejudices toward Christianity.”

Throughout the 17th and 18th centuries, the students explained, fires of persecution raged against Christianity with terrifying ferocity.

“The government made a plate called a Fumi-E, which had a picture of Jesus on it,” said another girl, handing me her smartphone so I could see the Fumi-E Wikipedia page. “They asked everyone to step on the plate. Those who hesitated—the faithful Christians—were killed.”

While Japan no longer ranks among the world’s top 50 countries for Christian persecution, the perceived association between Christianity and foreign politics lingers still.

“I’m in an American culture course,” said one student, “and the history is influenced by Christianity very much. So, in almost every class we hear things related with Christianity. The teacher, who is Buddhist, is a conservative person who doesn’t criticize Christians. But the other students agreed to criticize Christianity, asking ‘if Christians are so kind, why did they kill native people where they colonized?’ They said that Christians used the Bible to justify their murders.”

Similarly, the reality that some people try to use a worldview to excuse evil actions can’t tell us whether that worldview is logically correct, or morally justifies those actions. We have to look at the worldview itself. And when we do, we find that Christ’s commands for believers—including “do to others as you would have them do to you”2—hardly justify colonialism.

In fact, recent historical research suggests that frequently, protestant missionaries not only criticized colonialism, but also played roles in many nations’ later development and democratic flourishing.3 Conversely, if secular worldviews are right to say that no human is made in God’s image, from what ultimate moral foundation can we criticize colonialism anyway? (See also 5 Consequences of Societies that Forget God.)

Philosophy aside, history’s power to influence later cultural attitudes toward Christianity remains as clear as a koi pond. So, how do these attitudes shape the challenges and opportunities which Christian students face on Japan’s campuses today?

That’s what I needed to find out next.