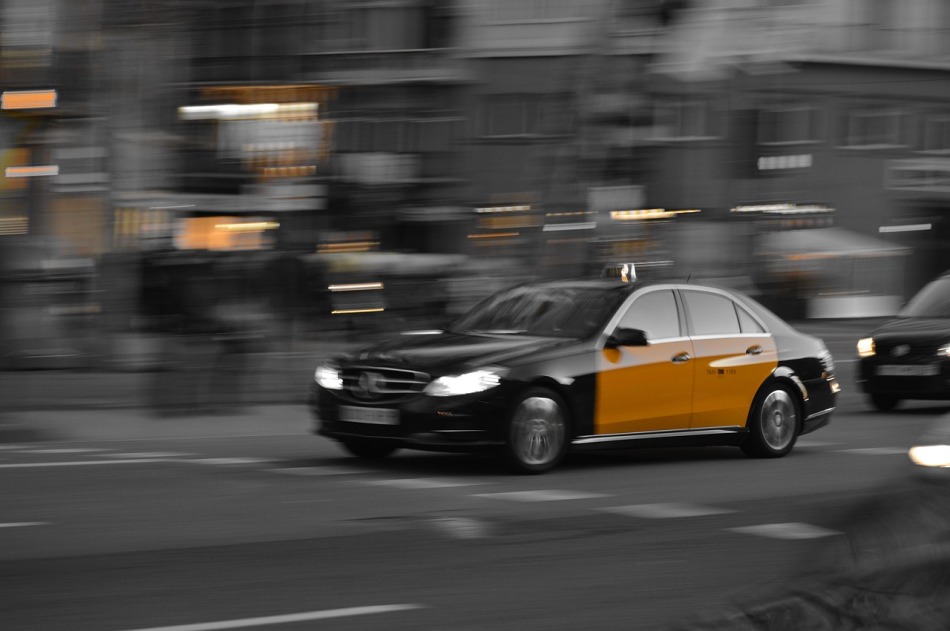 Please keep me safe, I prayed, and stepped into the darkness. A spotlight moon projected cold radiance upon the rooftops below, transforming shops, restaurants and mosques into a stage of peaked and turreted shadow puppets. Between their silent forms, escaped moonbeams spilled to earth and trickled down the cobblestone streets.

A full moon, I noticed, like the night I left Canada. That means I’ve been living out of this backpack for four months already.

Even now, I could feel the weight of my massive green backpack (MGB) shifting in sync with my gait as I sojourned towards the taxis. They should be just down the hill…

Sure enough, a distant row of black and yellow checkered sedans loitered in the glow of each others’ headlights. I crossed to the nearest one, where a middle-aged shadow stood holding a lit ember near his lips. The shadow glanced up at me like he hadn’t expected anyone would be alive at this hour of the morning.

I nodded, handing him a slip of paper with directions to where a bus bound for one of Istanbul’s airports would be waiting. He scrutinized the writing, consulted with another cabbie and helped me wrestle my MGB into the trunk. I slid into the front seat while he, snuffing out his cigarette, jumped behind the wheel.

“Sorry, I only speak English.”

He smiled and nodded.

“Where you from?” he asked awhile later.

We drove on in silence.

“Airport,” I replied, although I had no idea what the question had been.

“How much?” I asked when we pulled alongside the waiting bus a few moments later.

Obliviously, I showed him what cash I had. He grinned, pulled it all away as though intending to take the lot, but then handed back most of it. I thanked him, stepping out as he graciously handed me my MGB—upside down.

With my MGB soon relinquished to the underbelly of the airport bus, I approached a nearby street vendor to secure a sesame-covered loop of bread for breakfast, then found a rear left window seat.

Thank you that I’ve gotten this far without a hitch, I prayed as the bus purred awake. Now I just need to get to the airport on time.

An hour later, I disembarked, donned my MGB, and entered the airport with about two and a half hours to spare. I waited in line for the doorway security check, a requirement for entering Turkish airports, and passed my MGB through the scanners. Now to find my flight!

But with which airline? This would be my 23rd flight of the trip, and at this point, my ticket booking memories blurred together. Ah, but this airline looked familiar.

Too bad there’s no free Wi-Fi here, or I could recheck my ticket.

“Where are you flying today?” asked the attendant when I finally reached the front.

She gazed intently at her screen for a few minutes.

“I don’t see your information here.”

That’s when it hit me.

This is the airline I booked to fly HERE, not the one I’m using to leave!

Apologizing like a typical Canadian, I ran to the giant blue screen displaying flight information.

Why isn’t my airline listed here?

Surely, the information desk agents could make sense of the world.

“Do you know where the check-in for this airline is?” I asked.

“How do you spell it?” the clerk asked, handing me a pen and paper scrap. I wrote the name as best as I could remember.

“Hmm. I don’t recognize it,” the clerk turned to the agent beside her, “do you?”

Perplexed, I walked away to open my smartphone. Maybe I DID download the ticket as proof of onward travel for entering my last country. Aha, here it is!

As I gazed at the ticket, a little twinge of dread tugged at my stomach.

That can’t be right.

“Can you tell me what airport this is?” I asked, showing the ticket to a uniformed lady who happened to be standing nearby.

“That’s the airport on the other side of the city.”

Reality crashed around me with the sudden terror of a tsunami wave.

I’ve spent over an hour coming to this airport on the Asian side of Istanbul. But my flight is leaving from an airport on the city’s European side! I just showed up for a flight not only at the wrong airport—but also on the wrong continent!

Talk about worst case scenario. I hadn’t even realized that showing up for something on the wrong continent was possible, until it happened! But I had no time to contemplate the novelty of the situation—not when I had a taxi to catch.

“I need to get to the other airport,” I panted, ducking into the first cab I saw.

“Hey!” a younger taxi driver—the guy who must have actually been first in line—rushed over. I couldn’t understand the following argument between him and driver I’d chosen, but from their heated tones and sparking eyes, I could guess its nature.

I have no time for this.

Still, when the younger driver snapped for me to follow him, I reluctantly hoisted my MGB and wrangled it into the backseat of the other vehicle.

“I need to go to this airport,” I asserted, showing him my ticket as he slid behind the wheel. “How long will that take?”

“How much will it cost?” he clarified, pulling away from the curb.

Either he didn’t tell me, or I didn’t understand; I only registered him saying something about three bridges. But as we sped onto the highway, I did hear these words plainly:

“AN HOUR!?” my eyebrows tried to leap off my face, “but I don’t have that much time! I might not be able to catch my plane as it is, and for the cost of an hour in a taxi, I could just buy another flight!”

I looked over at him.

“A little bit,” he added, pinching together his thumb and forefinger.

I slumped back against the seat, heart pounding, shell-shocked eyes staring helplessly out the windshield. Like it or not, I was strapped into this nightmare on wheels—no turning back.

Just drive fast, I silently pleaded. But as it turned out, I didn’t need to worry. We were flying past every car on that highway! At one point, as we cruised alongside brown hills and quilted pine forests under the overcast sky, I glanced at the speedometer.

Perhaps I should let my family know about this.

The driver nudged his smartphone closer, letting me log into his hotspot and send a stream of messages to my family. I never heard back.

The driver handed me a stick of gum.

“Where you from?” he asked.

We rocketed onward in silence. I worked that piece of gum furiously, chewing roughly to the beat of the Turkish techno pumping on the radio. Meanwhile, a flurry of thoughts stormed my mind.

This is kind of terrible.

This will cost SO much.

It’s going to be nip and tuck whether I catch that flight.

I can’t BELIEVE I went to the wrong continent.

If anything goes wrong at this speed…

I guess everyone has to experience missing a flight at some point in their lives.

Wow, we’re driving in two lanes at the same time.

This gum is losing its flavour.

Imagine if all my hair turned white by the end of this ride.

Is the driver seriously texting?

I looked closer at his screen, realizing he was actually typing a message into Google Translate.

“All the roads would take three hours, except for this one,” the translation read. “it’s expensive, with a toll bridge, but only takes one hour.”

Suddenly, we slowed for a round tunnel carved into the hill, its entrance rimmed with grey brick.

This is the slowest 90 kilometers per hour of my life.

Once back in full motion under the sun, I discovered that we’d emerged in the middle of nowhere. That’s when I noticed that there was no credit card machine on the dashboard.

I rifled through my bag, holding up all the cash I had. He chuckled, sort of, and shook his head.

“You can get money at the airport. ATM.”

“Five minutes,” he replied, “no problem.”

Then he told me the price.

“But the tolls for the bridge—”

“For that price, I could get another flight!”

He handed me Google Translate.

“For what this is costing me,” I typed, “I could get another flight. I think maybe you should just let me out.”

He looked as helpless as I felt. Clearly, we were on a highway with nothing but hills and trees around for miles. I wasn’t going anywhere.

A “slow” vehicle ahead of us swerved aside before we ground into it. Further honks and swerves punctuated the long moments which followed until we neared the city, where traffic thickened to a jam. Not to be dissuaded, the driver wove doggedly through the lanes, lurching forward to claim any gap which opened. Next thing I knew, we ditched convention altogether and cruised past the congested lanes by driving on the road’s right shoulder!

Noticing how tightly my hands were clenched together, I glanced down at my knuckles.

I jumped out of the car, dashed through the door, and halted before the entrance security lineup.

I could feel my heart POUNDING as I passed security, ran about the airport like a blindfolded turkey fleeing a wolf pack, and finally located the ATMs.

None of the ATMs in the other airport had accepted my card. Please, work…

I clutched the $100 which fluttered out of the machine, sprinted back outside to the ‘getaway car,’ and handed over all the money. Satisfied, the driver halted outside the international terminal, where I booked it to the next entrance security line.

By some act of grace, I accidentally stumbled into the fast-track line at the next security check. An attendant glanced at my ticket and let me pass, skipping the entire long lineup!

And there’s my gate.

With time to spare, I boarded the plane like nothing had happened, $100 poorer, one wild story richer–and thankful to be alive.

0 comments on “The Taxi in Turkey: A True (mis)Adventure Story”