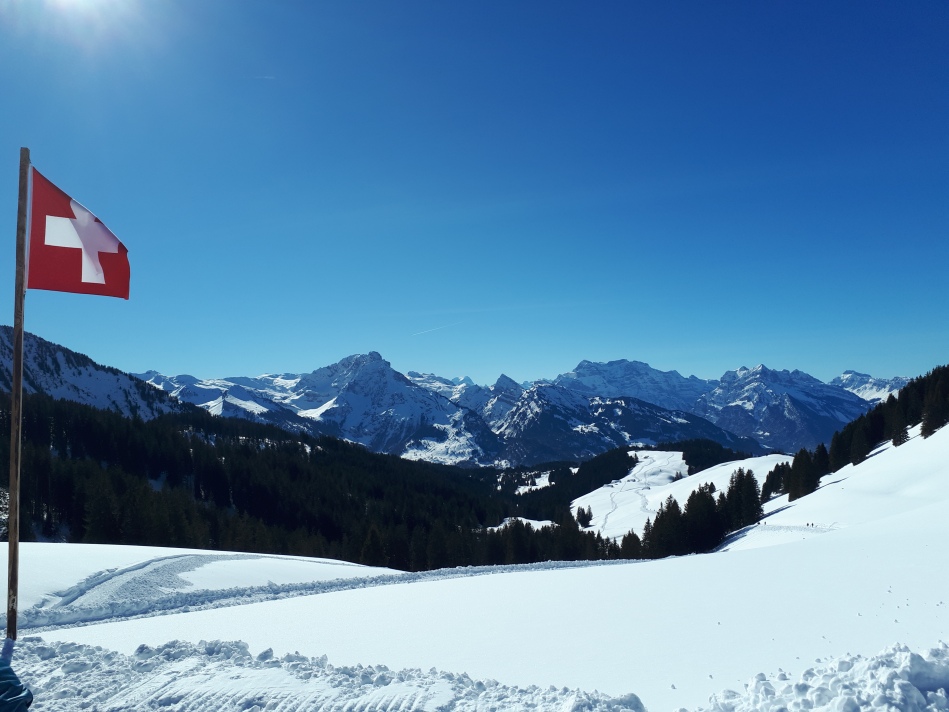 I perched on the wooden sled, its runners already half-buried in wet alpine snow, and gazed down the mountain.

What could go wrong?

I’d hiked to this chalet with my surrogate Swiss parents, who had taken me in after my (lack of) travel plans left me stalled in Athens with no next destination.  At the prospect of their hospitality, I strayed into Switzerland with no winter clothing save the second-hand coat I’d bought in Greece to replace the two jackets I’d somehow lost in Turkey. Given that the coat possessed no hood, no pocket zippers, and no insulation along the entire front panel, I could understand why it had landed in a thrift store.

Adding to this ill-fated coat borrowed boots, borrowed snow pants, borrowed mittens, and a cheap pair of mirrored aviators from Australia, I surveyed the alps from the vantage point of my borrowed sled. Behind me, scores of competent chalet-goers downed sausage and beer at picnic tables, from which they could best behold both the mountain vistas and my imminent demise. Before me, a crowd of glistening peaks measured the impossibly blue sky, indifferent to the speck of a mismatched Canadian trespassing their habitation. 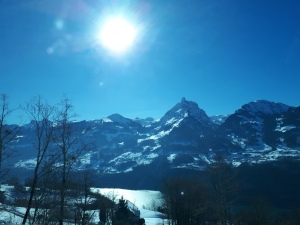 “Ready?” asked my surrogate mom, sliding onto the patch of wood behind me.

With a mighty push, we sailed off our stable plateau and surrendered to the whims of gravity. I clenched the sled’s rope handle with both my borrowed mittens as the trail rushed beneath our nobel craft, pulling the Alps toward us in all their snowbound splendor.

It looks like a scene from an IMAX, I noted, as if we’re flying towards the image, about to collide with the screen.

The sled ground into a patch of deep snow and tilted like an ancient ship on the flanks of a vehement breaker. The ship, a squealing mass of wood and snow clothes, sank without ceremony. I emerged from the wreckage and dusted off my thrift store jacket, jarred but alive.

This latter point proved especially fortunate, as I still had students in Switzerland to interview. My hosts had already connected me with one young woman in a neighbouring village, a teacher who had recently studied biology. In the safety of her home, with no further mountain slopes for me to plummet down, I whipped out my trusty laptop to ask her a few questions. 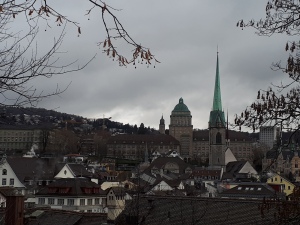 “What do most people here believe?” I began.

“I experience that most non-Christian friends call themselves atheists,” she responded, “but when I get to talk to them about it, it seems that they’re not really atheists; they just don’t believe in anything. Some of them are very open to talking about faith, but they aren’t often interested in getting to know more beyond that. Maybe that’s because here in Switzerland, people have enough money, so they just want to have fun. Maybe they also think that Christians are not fun. So, I think they have a lot of prejudice against Christianity.”

“What challenges did you encounter as a biology student?”

“Most people asked me about evolution–about how I could study biology as a Christian. That was really question number one. To be honest, most Christians don’t really know what the evolution theory is about. But being one of the only Christians in biology gave me an opportunity to talk about those topics, and to show others that science and faith can go together.”

When Christians are such a minority that their presence is questioned in the classroom, however, the campus can be a lonely place for a Christ-follower.

“During my studies I only knew maybe one or two Christians in my courses,” she revealed, “and there were about 300 students. I still had Christian friends outside of university, but not in my classes. Being one of the few Christians was sometimes a bit challenging; sometimes I felt a little alone.”

“Did you have a Christian group at university?” I asked, remembering how most students I’d 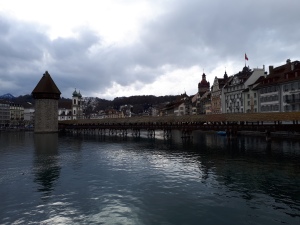 interviewed had extolled the benefits of connecting with like-minded friends.

“More at church,” she said, “We had a student group that I went to in high school, but at university, not so much.”

“Did you hear negative comments about Christianity on campus?”

She grinned, tensing the edges of her lips as though trying not to laugh aloud.

“We had a math lecturer who was clearly not a Christian. One time during the lecture, he said, ‘There is no God.’ Then, his power point crashed. He couldn’t start it for 10 or 15 minutes! When it started, he said, ‘Maybe there is a God!’ But during the other lectures, he often made negative comments against Christians and Christianity. Other professors, not so much.”

“What is your advice to another student studying science?” I wanted to know.

“What really helped me during my studies were events about topics like science and Christianity. We had those events at university, especially during my year abroad at Oxford. I attended a summer school there with apologists like John Lennox, who talked about topics that are really important. So, I’d tell other students to make use of those resources, and to not be scared of those scientific topics. I feel like most Christians are kind of scared of the evolution theory, but they shouldn’t be, because God is so much greater and bigger than a theory. But people want to push the issue away instead of learning about it and making their own personal view on it.”

“How can the church help students with that?” I asked. 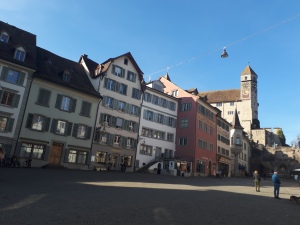 “I think definitely through offering those types of talks about plenary topics,” she replied, “and addressing those topics in church—questions that are difficult, but really important. As students, we are daily challenged with those types of topics and questions.”

While this former student had been in the minority as a Christian studying science, an education student I spoke with at a Swiss church experienced quite a different scenario. For her, university included more Christian peers than her high school had. She did learn, however, of a classmate who claimed to feel frightened that so many Christians wanted to become teachers.

“That was kind of shocking for me to hear,” she said, “but I think a lot of people here don’t really know much about the church, or about what Christian beliefs really are. There are a lot of misconceptions.”

When people learn she’s a Christian, she explained, they often ask the same questions—especially about the Bible’s teachings on sexuality. These recurring questions, however, provide churches and families an opportunity to equip youth with relevant discussion skills.

“I once went to a church,” she revealed, “that had a training course which showed students how to discuss their faith with friends. Churches can use programs like that to prepare students to talk to people. Lots of people ask the same questions, so we need to be prepared. Then we feel better too, knowing that we have an answer. This isn’t just important for college students, but also for everybody in the church.” 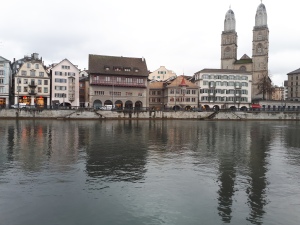 Just like what Christian hostel managers in New Zealand said, I remembered. Churches and families must intentionally prepare their members, including students, to practise engaging in sensitive—yet critical—conversations in grace, truth and love. Plus, students’ convictions about these discussion topics need to spring from a solid foundation of trust in God’s word, rather than from passive acceptance of their family’s convictions.

Based on what students, chaplains and campus ministers around the world had been telling me,  the most recurrent of these discussion topics include evolution, sexuality, other religions, and previous wrongdoings by Christians.  Christians can expect to encounter these topics on campus as surely as tourists can expect to encounter gravity on mountain sleds. But like the Swiss Christians reminded me, apologetics and discussion training can help students launch into higher education prepared for the weather, rather than crash into the secular snow banks with nothing but a jacket of second-hand convictions.

0 comments on “Preparing Youth for Campus Conversations: Insights from Christian Students in Switzerland”