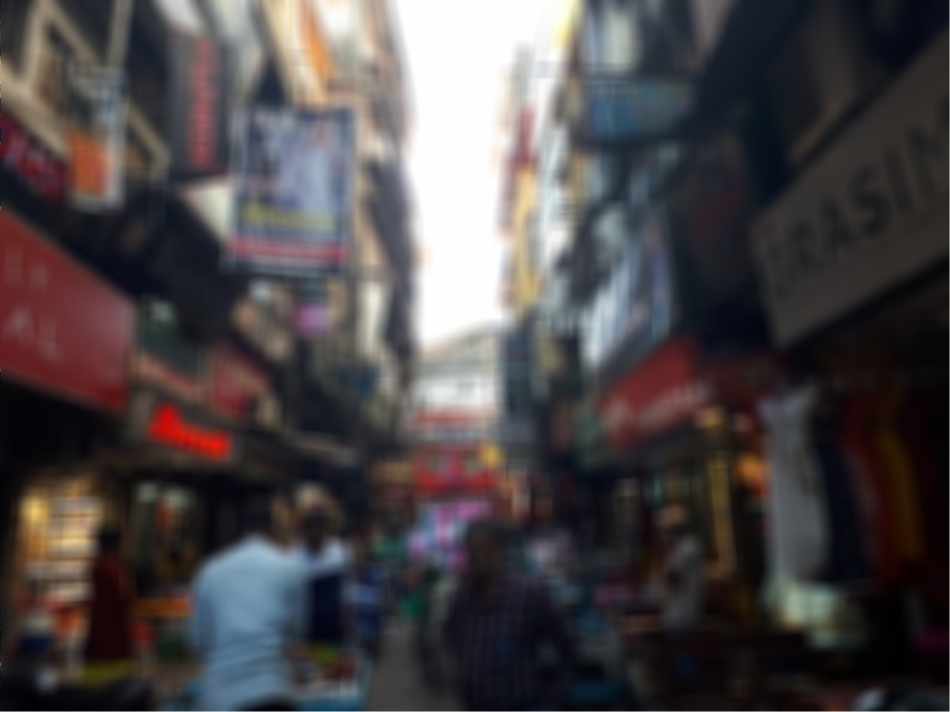 Disclaimer: the following stories are not all for the faint of heart. They also have nothing to do with student ministry, apologetics, or the hard-hitting issues of following Christ in secular culture. But they’re such memorable experiences from the first half of my 360 in 180 mission, I’m going to tell them anyway. Locations are not mentioned, to protect the innocent. Enjoy!

1. Attack of the Flying Shadow

The ordeal caught me totally off-guard. Nothing about the living room where I sat writing had seemed unusual at first. And when a youth leader and a masters graduate happened to stroll in for an impromptu interview, I became too engrossed in note-taking to detect anything sinister afoot.

“When I was doing my masters degree,” said the graduate, who stood backlit in the doorway between the living room and the yard—

I didn’t catch the rest of his sentence. All my attention, instead, locked onto the dark shadow which had just materialized, out of nowhere, on top of his head.

A strange expression—some hybrid between wonder and confusion—transformed the graduate’s face. Moving only his eyes, he looked up towards the shadow.

Time switched to ‘fast-forward.’ The shadow morphed like an extraterrestrial shape-shifter, its sides extending and contracting in a frenzy of motion to propel the creature into the living room. There in the light, I could discern the being’s true nature.

It was a chicken.

“Bwaaak-bwaaaaaak” the chicken repeated, alighting placidly on the floor. Then, as though recalling something urgent, it burst into flight, fluttered towards the graduate’s face, swerved, flung itself passionately into the curtains, and dropped back to the ground.

I wanted to ask the graduate what he’d been about to say, but I was laughing too hard to try. “Wha-ha-ha!” I shuddered aloud at the sensation of something small and swift colliding with my bare toes. I glanced down just in time to glimpse a flicker of dark brown, which vanished under the bed just as instantly as it had appeared. A giant moth? I first wondered. But when I bent to check under the bed, a tiny rodent shot forth, zapped across the room and squirted under the door. I blinked.

The furry apparition returned several times in the following days, so I decided to do my blood pressure a favour and view this newcomer not as an invader to fear, but a roommate to accept. As a token of this agreement with myself, I named him Russell. Russell the Rodent. He did his thing, and I did mine, and so long as he stayed out of my bed and massive green backpack, we got along just fine.

Staring at the lunch spread across the table that afternoon, I felt like a dehydrated rhinoceros eyeing a watering hole. The platters of rice, eggplant and a stew apparently composed of meat, beans and some sort of vegetable sang a chorus of harmonious fragrances as I filled my plate, being certain to take plenty of the vegetables. They looked like slightly translucent potatoes, I decided, but with a thicker peel. Expectantly, I bit into one, but couldn’t pinpoint the savoury taste which I supposed must have come from roasting alongside the meat.

“Pork,” answered the person next to me.

Well yes, that explained the meat. But what about the vegetables?

I leaned closer to the morsels in question. Then, like daylight bursting past a pulled-back curtain, the realization struck me: these weren’t chunks of vegetables with the peel, but slices of pork rind with the skin.

Laughing at my mistake, I ate my ‘vegetables.’

Oh yeah, I remembered, patting the vinyl beside me, no seatbelts.

I looked at the moterbike helmet resting by the rear window, smiled slightly, and put it on.

“I’m ready for the traffic jam!” I half-joked as our little car rolled into the dark, congested streets. I waited a few minutes until the headdress felt too conspicuous, and then laid it aside.

I jolted at the crunch of metal on metal, swerving my head just in time to see an enormous truck bumper contact my door.

I craned my neck back to observe the monster which had struck us. Had its driver even felt the impact? Or would the monster keep rolling right over us?

“This thing is going to squash me,” I said quietly.

But the monster’s door opened. A human stepped out. He looked at me through our rear window, tilted his head slightly, and held up one hand in a “no worries” gesture.

Other men gathered outside the window, and I felt our car lift slightly as they tried to hoist us off their bumper. They waved us out of the backseat, tried lifting again, and finally freed their vehicle of our car. Satisfied, they climbed back into the monster and drove away.

I gazed at the dent in my door a moment before returning to the car. Then, I put my helmet back on.

“I will teach you how to clean the fish,” said my friend, beckoning me to the sink.

“Of course!” I peered into the blue basin of silvery little fish we’d just acquired at the market. Unblinking eyes stared back at me from the pile of motionless bodies, each about six inches long.

Learning to gut a fish would be a great skill. I’d heard my dad explain the process but had never attempted such a feat myself. It couldn’t be that hard.

“First, you open the gills, like this.” Slipping a thumb nail under either gill flap, she splayed apart the throat area to reveal flared crimson filaments. “You try.”

It’s just a dissection, I told myself, picking up one of the wet, lifeless bodies. You’re in biology class. You’ve done this a hundred times.

I took off my watch, slid my nail against the fish’s face and pressed until I felt the gill flap crack away from the body. There. First mission accomplished. My other thumb cracked open the opposite flap, and I gingerly placed my left fingers under the gills, like my friend demonstrated.

My eyes widened. Did I ever mention that I’m afraid of blood and guts? Here was a chance to face both fears at once.

“Then, you slice here,” she continued, unphased, cutting into the body cavity, “and you push everything out like this.” One finger plunged into the throat, ejecting residual, um, filling from the cavity’s incision.

My fingers tightened on the raw gills. Then, I squeezed shut my eyes, took a deep breath, and pulled until something went pop.

I flung the—material—into a waiting receptacle and swept up a knife. Now this I knew how to do. Shoving a finger into the cold body afterward posed a little more difficulty; it’s hard to see what you’re doing when your eyes are half-shut. But at last, tides of triumph washed over me. The fish was clean.

Ten or twelve fishes later, the initial popping step had almost become a satisfactory sensation. When the whole collection lay squeaky clean, my friend demonstrated how to fry the fish in oil, like pancakes. (Though pancakes, typically, leave fewer eyeballs floating in the pan.) Finally, she taught me how to peel the white meat off the bones and dig in.

And you know what? 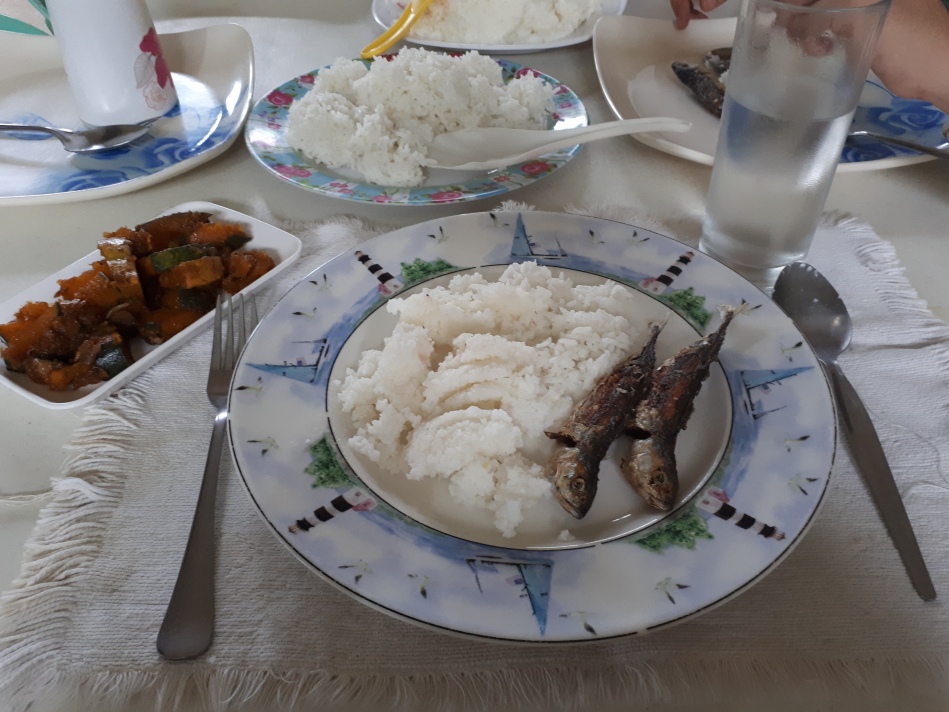